To leave the country it is important to have a passport. This is the document required to visit countries such as the United States, France, Italy or any other outside South America.

For Brazilians, the passport is a mandatory document to visit other countries, with the exception of places that are part of Mercosur.
For Argentina, Chile, Colombia, Paraguay, Peru, Uruguay, Venezuela, among other countries, they allow Brazilians to visit them using only their identity card as an official document.

It is important to note that the countries that are part of Mercosur accept only the passport or identity card for the entry of Brazilians into their countries.

No other document, including the National Driver’s License – CNH, widely used for various purposes in Brazil, is accepted at the border.
As the vast majority of countries require the document, a passport is essential in any traveler’s backpack. If you don’t know how to get the document out for the first time or don’t know how to renew it, follow our step by step.

What is a Passport?

The passport is a document, personal and non-transferable, issued by local authorities in order to certify your identity before foreign authorities, which will allow the holder to enter and move freely in their territory.

In other words, the passport is a mandatory identity document to cross the borders of your country of origin. It will be required as soon as you enter foreign soil, or even when embarking in Brazil.

In Brazil, there are three types of passports most common:

The three types are issued by competent authorities, with the first two serving Brazilians and the last for foreigners residing in the country.
How much does it cost to get the Passport?

The concession fee for the common passport is R $ 257.25. To enter your first passport or renew an expired document, you must go to the Federal Police’s official website, register and generate the ticket.

After the payment of the fee (normally compensated one day after completion), it will be possible to make an appointment for the delivery of the documents.

What documents are required to obtain a passport?

Like any common document, the passport has basic data such as photo, full name, date and place of birth, affiliation and signature.
After the payment of the ticket and the scheduling for the delivery of documents, go to the place carrying the identity document or the national driver’s license and take your previous passport, if you have one.

If the previous document has been stolen or lost, a police report must be submitted.

The photo is taken on site during your appointment. It is important to note that you must be as natural as possible.

If you have a very big beard, but always use a short beard; if you have a lot of make-up on, but you travel with little makeup; or any other interference that might make someone from immigration suspicious of you when comparing it to the photo: avoid.

People have already been prevented from entering certain countries and deported for failing to prove that they are themselves in the immigration document.

Attention! Don’t forget the proof of payment of the issuance fee or your previous passport! If one of the documents is missing, you will have to reschedule the service!

How to get a passport

To issue the passport, the applicant must access the official website of the Federal Police and request the document. Fill out the electronic form with your personal information and issue the payment slip at the end.

After payment, return to the official website of the Federal Police and mark the service at the location, date and time of your choice.
On the chosen day, go to the service desk with proof of payment of the passport issue and a photo ID. 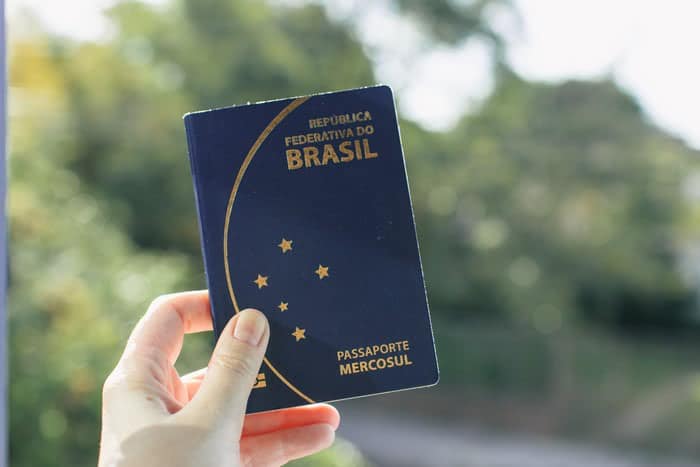 Brazilian passports are currently valid for 10 years. Some relatively recent documents valid for 5 years have an extension permit for another 5 years, instead of the need to issue a new passport.

All of us! Do you know what all these sights have in common?

Now you know how to do it for the first time and how to renew your passport, an essential document that will allow the holder to enter international territories, that is, a mandatory document to cross Brazil’s borders.

Access the official website of the Federal Police, fill out the electronic form and issue the payment slip to pay the fee of R $ 257.25. After payment, schedule the delivery of documents. On the scheduled date, bring a photo ID, proof of payment of the passport issue and the previous passport, if you have one. Easy, right?

What is Salary Allowance?

Family Salary – How does it work?

Paternity leave – what is it and who can apply?